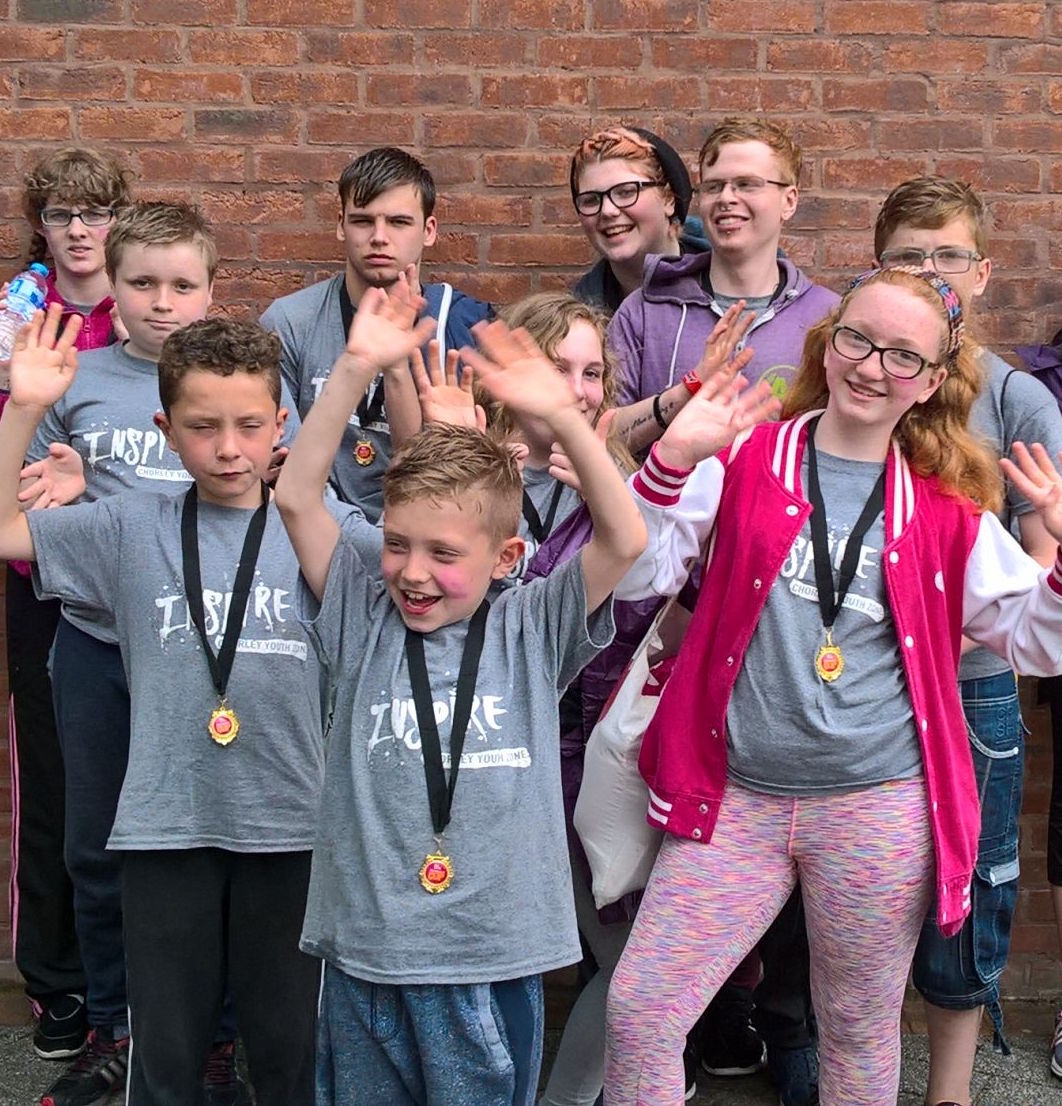 The President’s Cup, now in its fifth year, saw Chorley’s young people go head to head against other Youth Zones on a series of challenges including boccia, dodgeball, tag rugby, wheelchair basketball, graffiti art and climbing.

The competition brought together teams from Carlisle, Bolton, Blackburn, London, Manchester, Oldham, Wigan, Wirral, Wolverhampton and, for the first time, Chorley and Warrington, and was a great opportunity for the team to make new friends with young people from across the country.

The weekend left young people feeling inspired about their soon to be built Youth Zone and they have already begun planning to attend events in Chorley to promote their new Youth Zone – Inspire.

If you’d like to meet the Chorley Youth Zone team visit us at Picnic in the Park on Sunday 25th June at Astley Park where we will be spreading the word about our new Youth Zone.